As the pending Southern Hemisphere winter knocks on our doorstep we are faced with many minor headaches throughout our properties; but none are more annoying than the build up of mould in bathrooms and laundries.

Last season was an exceptionally cold winter for us and the amount of heavily built up mould that I saw in bathrooms and laundries was at monumental levels. The crazy thing, it doesn’t have to be! There are a few simple tricks to keeping mould from taking over your bathroom and potentially damaging paintwork (which could create bond issues for tenants) and more importantly health.

Mould removal should be part of any cleaning routine and must be kept in check to reduce its likelihood for growth. After 10 years in Tropical North Queensland, Australia, one thing I have had a lot of experience with is mould; we used to get mould in everything, and I mean everything. If you are old enough to remember back to VHS video tapes, even they would get mould in them.

So, what to do about controlling mould during the coming winter? – If you have a bathroom fan, make sure you use it. Always turn on the bathroom fan while you shower and be sure to leave it run long enough after you have finished to help moisture leave the bathroom.

For those of you who are lucky enough to have the good old IXL Tastic (heat, fan, and light) make sure you have it on, the heater globes will help keep the moisture build up to a minimum while the fan will carry out the obvious work.

If you only have a window, then be sure to make sure to open it a little. I know the thought of this is not much fun in 2 degree weather, but its paramount to keep the moisture build up from steam to a minimum – this of course goes for laundries too, especially while running dryers. Another good idea while running a dryer is to make sure the laundry door is open, it will not only allow for ventilation but assist in keeping the home warmer.

Finally, if (and when, as you won’t always be able to keep mould at bay) have a spray bottle of bleach, not the expensive stuff, but the simple homebrand bleach. It costs near nothing and a few short and sharp squirts on the affected area will generally kill the mould in its tracks. No need to spray and scrub, just squirt on and leave, ideally when the area is dry, not just after a shower as it will dilute and be less effective.

These simple tricks should help you survive the mould attack that has become so prevalent during long and chilly winters.

It’s also worth noting that as a tenant you may very likely become responsible for any damage caused by mould. If not controlled and left unchecked, mould can eat through paintwork and even the walls. So control any mould that is starting to appear now, and this will help keep the unsightly growth away and may just help your health, too! 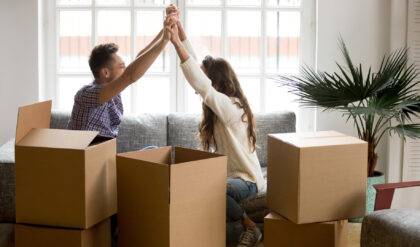 The Most Common (and Worst) Home-Buying Advice

Reasons for Hiring a Property Manager